The Government claims it is intent on getting more houses built. Every ambition for new homes built has fallen short year on year. It recognises that demand exceeds supply so driving up prices and making it increasingly difficult for younger people to own their own home.

No one would quarrel with these facts nor not want them changed.

The differences arise when the Government announces its solution, the proposed plans to change the Planning System which it blames for most of the problem! 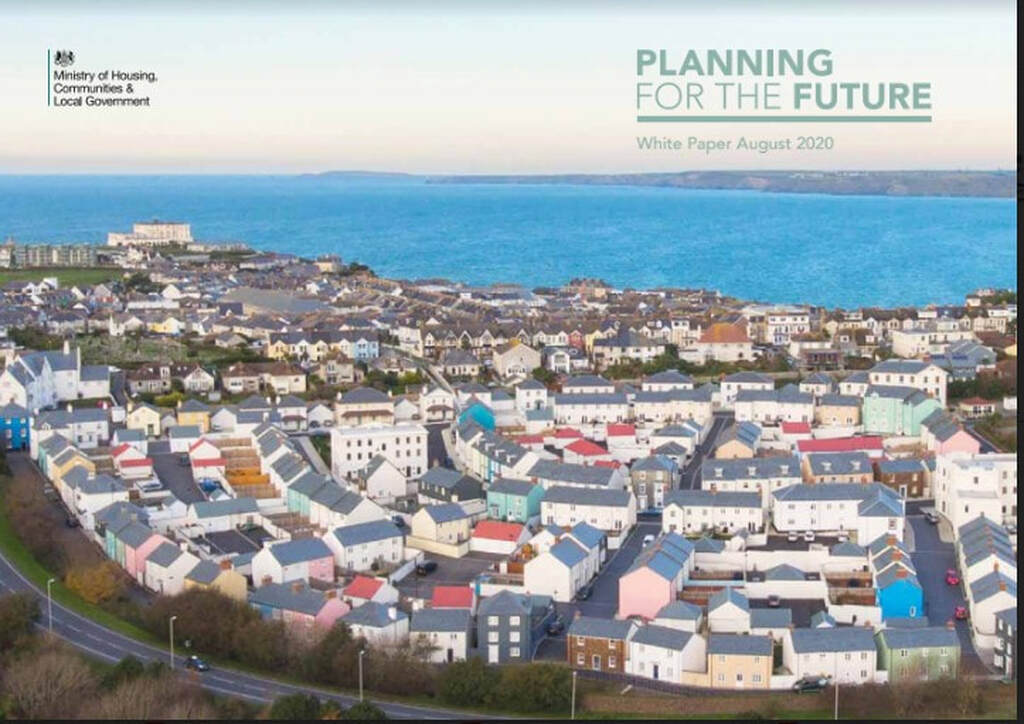 ​The proposals include zoning. New homes, hospitals, schools, shops and offices would be allowed automatically in “growth” areas. In “renewal” zones, largely urban and brownfield sites, proposals would be given “permission in principle” subject to basic checks. Green belt and areas of outstanding natural beauty would be protected.

Civic Voice has created a briefing document, see it HERE

Critics, who include the Royal Institute of British Architects (RIBA) and other professional bodies as well as the Government’s political opponents, strongly oppose the changes seen in the Government’s White Paper. They claim that although some Planning reform is necessary, it is really the developers who have large land banks that are to blame, having a vested interest in keeping the value of those and that of homes themselves high.

Critics also claim a loss of democratic and local representation whilst the Government claims the opposite.

There is a list of links below to sites or documents that either explain the facts or argue the case for or against these changes and proposals.

Planning for the future (Government setting out its stall)

The consultation referenced above was accompanied by another in a similar vein “Changes to the Current Planning System” 6/8/20 – 1/10/20.

This consultation sought views on a range of proposed changes to the current planning system including:
On 16/12/20 the Government responded to the consultation feedback:

The Government does not propose to proceed with the specific changes to the standard method that were consulted on. Instead, it will proceed with a reformed standard method which reflects their commitment to levelling up and enables regeneration and renewal of our urban areas as we recover from the COVID-19 pandemic.

Details can be seen HERE

Additionally, the Government has added to the list of Permitted Developments (the things one can build without specific Planning Permission), including allowing adding two stories to certain properties. The aim is to reduce the need to move home when the family unit grows and for freeholders of purpose-built flat blocks to add more units. There are restrictions, conditions and checks but again, critics claim there will be a lowering of standards and slums will result.

This consultation contains proposed measures to support housing delivery, economic recovery, and public service infrastructure. It seeks views on: a proposed new permitted development right for the change of use from Commercial, Business and Service use to residential to create new homes, measures to support public service infrastructure through the planning system, and the approach to simplifying and consolidating existing permitted development rights following changes to the Use Classes Order.

Details can be seen HERE

A critical Civic Voice reaction can be seen HERE

​
On 16/01/21 the Government announced yet another consultation: Right to Regenerate: Reform of the Right to Contest in order to encourage the right to be utilised more effectively and more widely to stimulate regeneration and the more productive use of land. Ends on 13/03/21.

Strand 2 of the Community Right to Contest allows members of the public to request that the government directs the disposal of unused or underused land, including vacant homes and garages, owned by public bodies. This right is little-known and little-used, with only one direction to dispose issued since 2014. The aim of this consultation is to strengthen the right and make it simpler to use as the new ‘Right to Regenerate’.

​Details can be seen HERE
​
​Meanwhile present systems obtain and we describe on this site how they work and relate to one another.

The Society hopes that any changes made do not lower the standards of the buildings we use and see in the wider context. However, our interests are largely confined to the Conservation Area here with its huge content of Listed Buildings and we understand that a lot of any change will not affect those.