The JCS determines the Strategic Allocations, land where over 500 houses can be built and the only one identified that really affects Tewkesbury is at Ashchurch. That can be followed on a dedicated website shown in the ISSUE Tewkesbury Garden Town.

​However, there is or was an agreement between TBC and Wychavon District that land north of Mitton in Wychavon and east of the B4080 may be allocated for initially 500 homes going towards TBC’s homes quota. The Inspector in her report and recommendations on the JCS pointed towards this strategic site possibility when referring to the TBC housing shortfall. 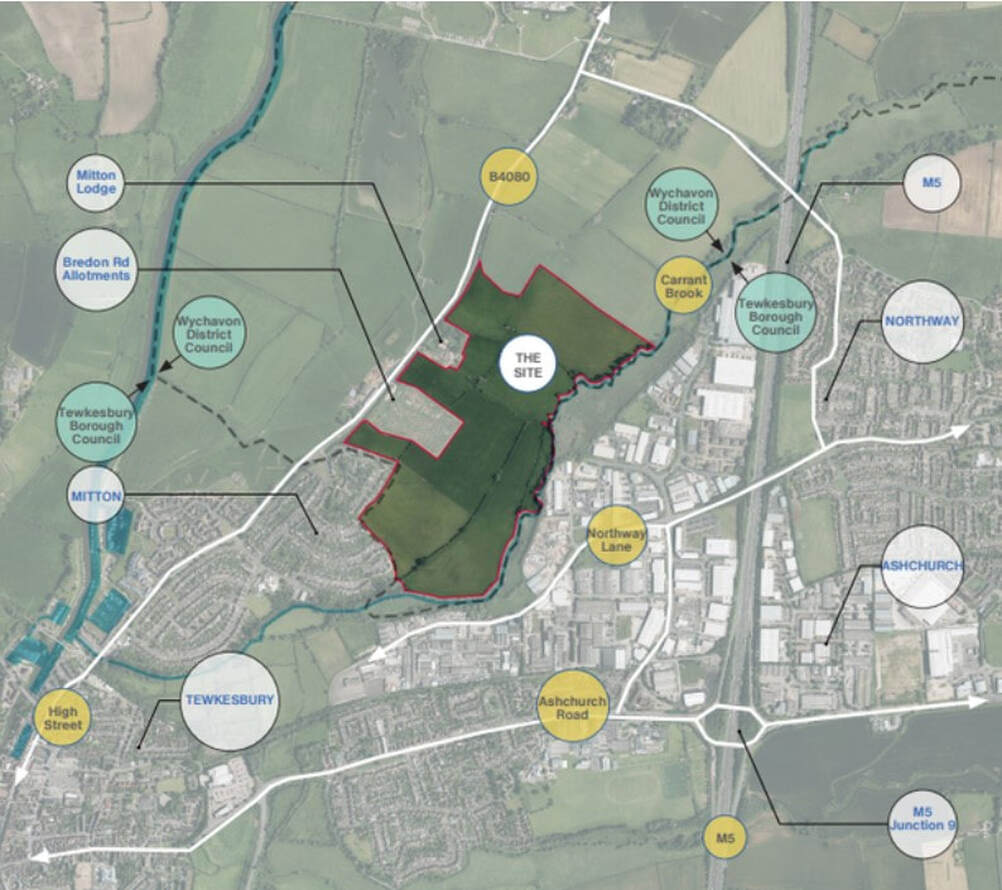 An outline application was made to Wychavon (see here) and their website says “decision pending”! A draft response at the time from TBC to Wychavon can be seen here.

Along with many others, we have concerns about infrastructure overload and the possibility that the site be extended towards Bredon to accommodate a further 500 homes. We would also be very much against any development on the west (Avon) side further spoiling views of the river and water-meadows.

A proposition was floated for land between Tewkesbury and Coombe Hill to the west of the A38 for over three thousand homes (see here). This unattractive notion now seems off the table as the emerging Borough Plan nears adoption, but needs watching we feel.

Smaller sites that may be used for housing are identified within the Borough Plan. Those that are close to Tewkesbury or within it are those that interest us here.

Fortunately, their number does not include a site that has in the recent past been promoted by developers, namely the Mythe where an application was made for two hundred and fifty homes initially, withdrawn, revised, resubmitted then refused (see here).

In the submitted Borough Plan the allocations are:

​Click on image above for link to whole Borough Plan.
​